Food, Family and Friends Together 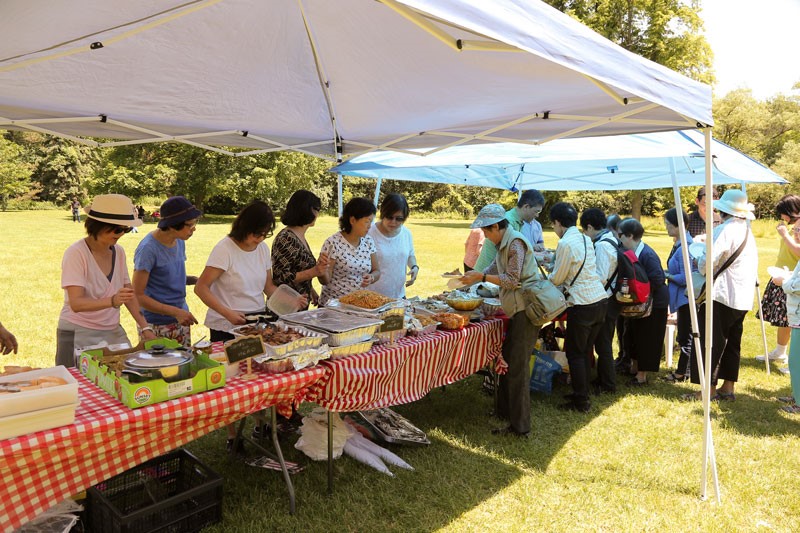 MCAO continues to encourage and enhance the value of family life. In keeping with Chinese culture and traditions, MCAO organizes and hosts multiple events (commemorative banquets and luncheons) during the year to celebrate such milestones as:

MCAO hosts multiple events during the year to celebrate such milestones as: 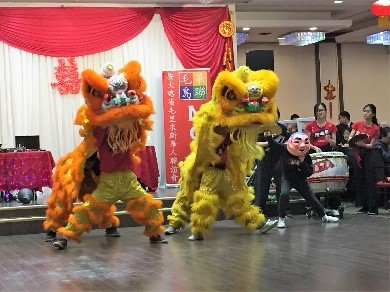 The Chinese New Year, also called Spring Festival, is the most important and widely celebrated festival of all in China. It is celebrated from the 1st day of the 1st lunar month to the 15th day of the 1st lunar month. The final (15th) day is called Lantern Festival, and the night before the 1st day is called Chinese New Year's Eve (Hakka: Ngien Sam Soop Ngit). This is a time for family reunions, visiting relatives and friends and exchanging greetings for the coming New Year. It is also a time to ring out the old and ring in the new. The Chinese New Year is also called Quo Ngien in Hakka, which means the passing of the old year to the new one. This festival emphasizes the importance of family ties. The dinner gathering of Chinese New Year's Eve is the most important family occasion of the year.

Chinese-Mauritians roots are deeply ingrained in Meixian (pinyin: Méixiàn; Hakka: Moiyen) in the Guangdong Province of China, the birthplace of our ancestors who instilled the Hakka customs and traditions in their children after they immigrated to Mauritius. When their adult children in turn left to start a new life in abroad, they tried their best to follow and preserve their rich Hakka culture and traditions. The Chinese New Year has special meaning for Mauritian Hakkas as it is a time when most families have dinner together and wish each other a healthy, prosperous, and joyful new year. Some families prepare their own traditional dishes, delicious Hakka sweets and snacks (sometimes modified with a healthy twist) following treasured grandmothers’ recipes to share with others in the Club. They also give or exchange the brightly coloured red envelopes, a symbol of love, luck and prosperity for the new year to families and friends.

The Dragon Boat Festival, also called Double Fifth Festival, is celebrated on the fifth day of the fifth month of the lunar calendar. It commemorates the death of Qu Yuan, a Chu state official and poet who lived during the Warring States Period (475-221 BC) before the reunification of China under the Qin Dynasty (221-206 BC). He was exiled after opposing his king's decision to ally with the neighboring state of Qin, and when Chu was finally conquered by Qin, he committed suicide by drowning in a river on the fifth day of the fifth lunar month in Miluo River. Legend has it that the Chu people, who admired Qu Yuan for his loyalty and integrity, threw rice dumplings into the river to feed the fish so they would not eat the body of their poet hero. It is believed that people then started dragon boat racing to scare off the fish. Known in Hakka as Ng Niet Tiet, the festival is symbolised by the preparation of rice dumplings shaped to look like the ancient sliver & gold ingots to symbolize wealth. For Hakka Mauritians, it is a time to prepare, share and eat the lotus-leaf wrapped sticky rice dumplings (Hakka: Choong), and wish each other peace and health. In Toronto, members may cluster at Centre Island to watch the Dragon Boat Festival and to celebrate the event together. The Dragon Boat race attracts a huge crowd as it is truly an exciting display of power and might.

MCAO hosts an annual picnic for members, families, and friends every July. It is a popular event on MCAO’s calendar, well attended by members and friends from all generations of the Chinese-Mauritian diaspora, from the less-young to the young and the very young, all mixing and mingling and having good and wholesome fun for the day, not to mention sharing all the delectable homemade food and snacks prepared by our members.

The Mid-Autumn Festival (Hakka: Pat Niet Pan), also called the Moon Festival, is second in importance only to the Spring Festival. It falls on the 15th day of the 8th lunar month when the moon is believed to be the fullest and roundest. Family members typically gather together for a reunion dinner and to appreciate the moon while eating mooncakes of various flavors. It is also a festival for farmers to celebrate their harvest. With more than 3,000 years of history, there are different versions on the origin of this festival. Even the most popular one, the story of Hou Yi and Chang E, has different accounts! Our members gather again to celebrate the mid-autumn festival and enjoy purchasing moon cakes as gifts to families and friends or for themselves. There are many flavors of moon cakes that are either sweet or salty – irresistible treats available mostly in September during the Moon Festival period.

Kick off the festive season with MCAO’s annual Christmas party! Our members start the Yuletide celebration with lots of fun-filled activities on tap, from karaoke singing to line dancing, from delicious food to Santa’s visit!